By Unknown
November 06, 2010nokiaNokia ClearBlack DisplayNokia ConversationsNokia E7tech news
Launched at Nokia World 2010, the forthcoming Symbian^3-operated Nokia E7 has something that other models (except the Nokia C6-01) don't have — a new technology known as ClearBlack display which, from our point of view, is visualized by Nokia to become one major basis to measure the quality of a modern-day device.

In other words, again from our point of view, it will be as simple as saying that if your mobile phone has a ClearBlack display, then it must be really good.

Based on Ian's post, we listed down the salient points on how this technology works to justify the foregoing statement.

According to Nokia, the ClearBlack display technology:
Of Ian's entire explanation, this is what we like most:

Another advantage is that by improving the image quality, and reducing the need to turn up the brightness, you also reduce the energy needed to power the display, and hence reduce the battery drain compared to regular technology, and so your mobile device will last longer between charges.” 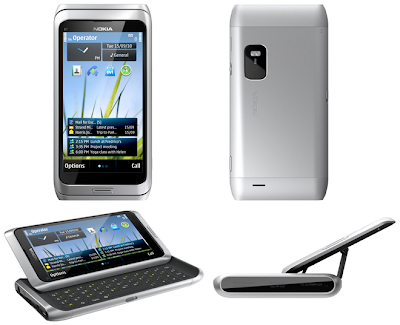