By Spicy Sugar
November 03, 2010ABS-CBN Christmas Station IDGab Valencianomusicphotosvideos
Broadcast giant ABS-CBN is set to air its 2010 Christmas Station ID entitled “Ngayong Pasko, Magniningning ang Pilipino” this Thursday evening, November 4, in honor of all those who continue to bring pride and honor to our country with their world-class talents and skills. 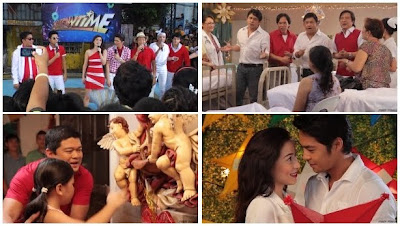 The song is dedicated not only to top caliber international performers such as Journey lead vocalist Arnel Pineda and international singing sensation Charice whose recent winning as J-14 Magazine's `Teen Icon of Tomorrow´ inspired the Filipino nation anew, but also to our modern-day heroes — the Overseas Filipino Workers (OFWs) — who remained globally competitive through the years.

The original version of the themesong was performed by Gary Valenciano and Toni Gonzaga, featuring the University of Santo Tomas Singers. The song was written by Jordan Constantino, with music by Lloyd Corpuz, arranged and produced by Eric Perlas.

A remix version of “Ngayong Pasko, Magniningning ang Pilipino,” performed by Gab Valenciano, will be released by Star Records. The music video of which will be embedded here upon release. 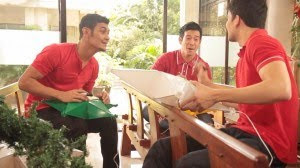