By Unknown
October 08, 2010how toNew Twittersocial mediasocial networkingvideos
You followed a friend on Twitter because her tweets have an impact on you and you think the videos she's sharing are interesting. The problem is, you're still new on Twitter and do not know how to play or watch her shared videos without leaving a Twitter page.

No problem. As Twitter already allows the display of photos and videos in the details pane, viewing them are easier than before. 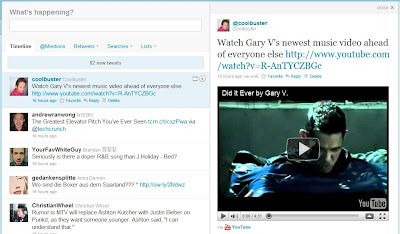 That's it. It's that simple.