By Unknown
February 20, 2011pollsStar Powertalent search
From tens of thousands of raw talents who attended the regional auditions, to twenty national finalists down to the Star Power Final Five, after months of eliminations the moment of truth has come; the fans and judges have decided; the cream of the crop has been chosen. 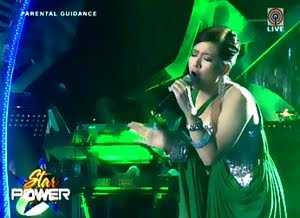 Garnering a grand total score of 90.88%, Angeline was proclaimed the winner, the first Female Pop Superstar on the Kapamilya network.

It's somehow surprising that the Final 5 were coincidentally the early favorites of respondents back then. These were supposed to be predictions, yet the outcome of the poll says it all.