By Unknown
September 09, 2010DVBHgadgetsMobile TV Headsetnokiatech news
Nokia on Thursday launched a Mobile TV headset, the DVB-H, that will turn your mobile device into a portable television. The company revealed that the headset functions as a TV receiver for your mobile phone anywhere there's signal from a Digital Video Broadband - Handset (DVB-H) network.

Even without an internet connection, the DVB-H allows the user to tune-in to TV channels.

The Nokia Mobile TV Headset, according to Nokia, works with the Nokia N8, which is expected to be out in the market at the end of the month, as well as other Symbian^3 devices with the USB-on-the-go feature installed. 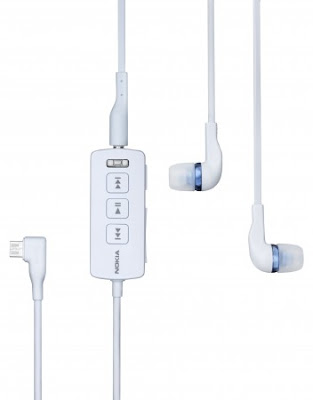 Great add-on. It's something to look forward to during the holidays.