By Unknown
September 09, 2010Giant Goldfishnewsphotos
Fisherman Raphael Biagini of France caught a 30-pound koi carp that looks like a giant goldfish. Sources say that the photo was taken several months ago but is now making waves on the web due to the arising debate on whether or not the giant goldfish is true. Here's the Giant Goldfish photo. 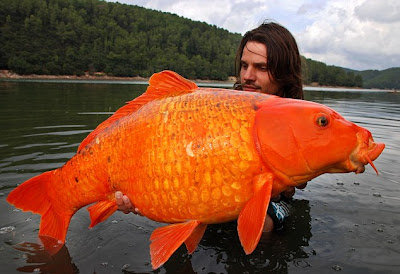