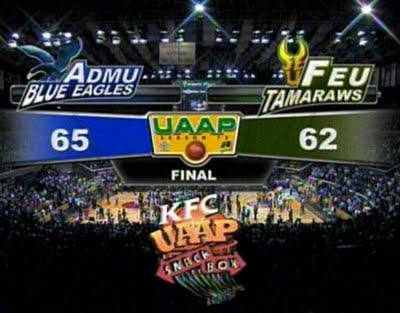 It's a three-peat for the Ateneo Blue Eagles as they defeat the Far Eastern University (FEU) Tamaraws 65-62 in a head to head basketball finale match held at the jampacked Araneta Coliseum (Big Dome) on Thursday, September 30, 2010.

They are the 4th team to win three championships in three years, according to reports. Sources close to the Eagles´ coach Norman Black said it's history in the making.