By Unknown
August 29, 2010browserIE9Internet Explorer 9microsofttech newsWindows
(UPDATE) Microsoft on September 15 has released a beta version of its Windows Internet Explorer (IE) 9 browser during a launch event in San Francisco. Mary-Jo Foley of ZDNet, earlier revealed that "Microsoft Russia’s press site posted information and a photo that seem to be connected to the IE 9 beta." 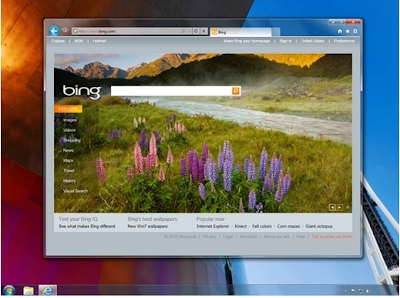 Download Internet Explorer 9 (IE9) Beta from the official site. The testdrive is available on this page.

Here's a video of the new IE9. Microsoft claims its 11 times faster than the previous version after a SunSpider test.


Accordingly, IE9 will have full support for the latest web standards: HTML5, CSS3, SVG, DOM, ES5, and will be more secure and safe than its predecessor.

For me, this IE9 user interface as shown in the photo above is very minimalistic. It's clean but it looks a little empty.