By Unknown
August 12, 2010facebookFacebook NotesFacebook Photossocial networkingtech news
Our social networking experience will be more enjoyable in the coming days. Why? It's because Facebook has rolled out improvements to its features - Facebook Notes is now simplier and easier to use while photo browsing just got even better.

If you intend to write a Facebook Note today, you will notice an enhanced version of the notes editor. The user interface displays a similar look to Blogger's post editor. It's clean, simple and user-friendly; much much better than the previous one. 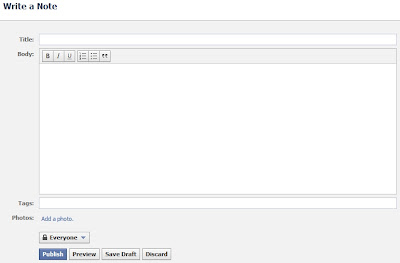 Meanwhile in Facebook Photos, a photo album will now automatically display additional photos as you scroll down a single page. "You no longer need to click 'Next' or try to guess which page number will reveal the best photos," user interface engineer Stefan Parker announced on the official blog.

Parker wrote that users can now see as many as 200 photos in an album, twenty times more than what was put on view before. This mechanism is "similar to how News Feed displays more stories as you navigate down the page." 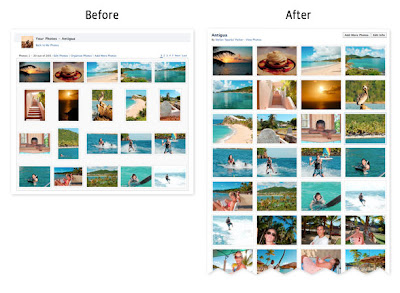 Not only that, Facebook likewise made the thumbnails larger so users "can see more before deciding whether to click to a full-sized image," Parker bared.