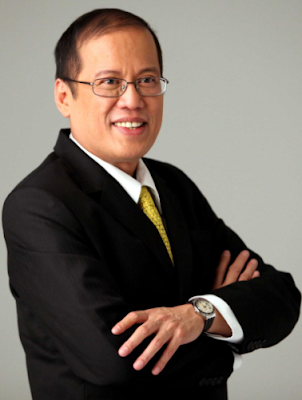 He is also the brother of TV host and actress Kris Aquino.

Benigno Aquino III was born on February 8, 1960. He is one of five children of Benigno Aquino, Jr., who was then Vice Governor of Tarlac province, and Corazon Aquino. He has four sisters, Maria Elena (“Ballsy”), Aurora Corazon (“Pinky”), Victoria Eliza (“Viel”), and Kristina Bernadette (“Kris”).

Aquino studied in Ateneo de Manila University for his elementary, high school, and college education, graduating in 1981 with a Bachelor of Arts degree in Economics. After college, he joined his family in Boston in exile.

In 1983, shortly after the murder of his father, Noynoy had a short tenure as a member of the Philippine Business for Social Progress. From 1985 to 1986, he was retail sales supervisor and youth promotions assistant for Nike Philippines and later an assistant for advertising and promotion for Mondragon Philippines. In 1986, he joined Intra-Strata Assurance Corp. as vice-president of the family-owned corporation.

On August 28, 1987, eighteen months into the presidency of Aquino’s mother, rebel soldiers led by Gregorio Honasan staged an unsuccessful coup attempt, attempting to siege Malacañang Palace. Aquino was two blocks from the palace when he came under fire. Three of his four security escorts were killed, and the last was wounded protecting him. Aquino himself was hit by five bullets, one of which is still embedded in his neck.

From 1986 to 1993, Aquino was vice president and treasurer for Best Security Agency Corporation, a firm owned by his uncle Anolin Oreta. He went to work for the Central Azucarera de Tarlac in 1993, the sugar refinery owned by the Cojuangco clan. He started out as an executive assistant for administration, before becoming field services manager in 1996.
Political life

Aquino is associated with a faction of the Liberal Party which opposes the government of President Gloria Macapagal-Arroyo, citing alleged human rights violations.
House of Representatives

Aquino was elected to the House of Representatives in 1998, representing the 2nd District of Tarlac. He won re-election in 2001 and 2004, and served until 2007.

One of Aquino’s key legislative initiatives was to make requiring the procurement of the petroleum, oil and lubricants requirements of the Armed Forces of the Philippines to be done by public bidding.
Senate

Barred by term limits from seeking a fourth term as the Representative for the second district of Tarlac province, Aquino was elected to the Senate in the May 14, 2007 midterm elections under the banner of the Genuine Opposition (GO), a coalition comprising a number of parties, including his own Liberal Party, seeking curb attempts by President Gloria Macapagal-Arroyo to amend the Constitution. In his political ads, he was endorsed by younger sister, TV host Kris Aquino, and mother, former President Corazon Aquino. Although a devout Roman Catholic, he was endorsed by one of the largest Protestant churches in the Philippines, the Jesus is Lord. With more than 14.3 million votes, Aquino’s tally was the sixth highest of the 37 candidates for the 12 vacant seats elected from the nation at large. He assumed his new office on June 30, 2007.

During the campaign, Aquino reached out to his former enemy, Senator Gregorio Honasan, supporting his application for bail. “I endorse Honasan’s request for bail para parehas ang laban. I was hit by bullets from Honasan’s men in the neck and hips but that’s past now. The principle of my father was, ‘ Respect the rights even of your enemies.’ Ito ang nagpatingkad ng demokrasya. Genuine reconciliation is democracy in action,” Aquino told Job Tabada of Cebu Daily News on 5 March 2007. He was referring to two bloody coup attempts against his mother in 1987 and 1989, in the first of which Aquino was seriously injured.
2010 election plans

In the Liberal Party, Aquino has held various positions such as Secretary General and Vice President for Luzon. He is currently the LP Vice-Chairman.

After the death of President Corazon Aquino, calls for him to run for higher office reached its highest and he has decided after the retreat that he would run as a candidate for Presidency at the 2010 elections.

A group of lawyers and activists formed the NAPM — the Noynoy for President Movement — and a nationwide campaign led by the son of the late influential businessman Chino Roces began to collect a million signatures in order to persuade Aquino to run for President. In the last weekend of August, Senator Aquino and his fellow partymate in the Liberal Party, Senator Mar Roxas and an unnamed presidential aspirant commenced days of talks to decide what to do for next year’s elections.

On September 1, 2009, in a press conference at the Club Filipino in Greenhills, San Juan City, Senator Roxas, a leading candidate for the Liberal Party nomination announced his withdrawal in the presidential race and expressed his support for Aquino’s candidacy. Sen. Aquino later stood side by side Sen. Roxas, but did not make a public statement on the said press conference.

On September 9, 2009, 40 days after the death of his mother, Aquino officially announced his bid for the Presidency in a press conference at the Club Filipino in Greenhills, San Juan City, which also served as the site of his mother’s Presidential Inauguration in 1986.