By Unknown
June 15, 2010Globe 4G WiMAXglobe broadbandtech news
Globe is doubling efforts on promotional activities for its new product called Globe WiMAX. Globe claims Globe 4G / Globe WiMAX is consistent, the most stable and most reliable among all wireless broadband technologies in the market today. Find out the details after the jump. 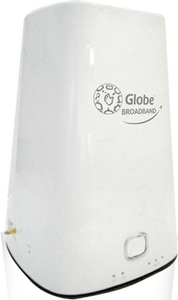 Globe Telecom, the company at the forefront of communication technology has introduced WIMAX, a cutting-edge wireless technology that will bring internet access to more and more Filipinos around the country. Now, people who previously had little to no options for broadband internet connection are now able to access the internet through Globe Broadband, powered by WiMAX.

WiMAX stands for “Worldwide interoperability for Microwave Access”. It is a standards-based technology designed to enable the deployment of wireless broadband access as a cost-efficient alternative to cable and DSL; WIMAX also has improved reach and can cover distances greater than those covered by other wireless technologies like WiFi, CDMA, or 3G.

Globe ’s network is considered the first and biggest 2.5Ghz WiMAX (802.16e) broadband network in South East Asia. Globe is first in the Philippines to launch Wimax*. Available as of March 2009, the company’s WIMAX package is a high-speed Internet plan that lets users surf the web at speeds of up to 512kbps for only PHP795 and up to 1mbps for only PHP995 per month. The package also comes with an aggressive money-back guarantee.

“We challenge anyone with a competitive wireless subscription to try out our Wimax-backed plans. We are so confident with our service that we challenge you try out our connection, risk-free. Should you be unhappy with the connection within one month from installation, we ’ll give you your money-back, no questions asked,” says Menchi Orlina, head of the Consumer Broadband Business Group.

South Luzon areas WiMAX sites were already active, Quezon Province, Laguna, Batangas, Cavite and NCR also North Luzon, Bulacan, Pampanga, Tarlac and Nueva Ecija. Some areas are under installations so watch out for the First Network to introduce WiMAX here in the Philippines. Globe will continue to roll-out hundreds of WiMAX sites, as a complement to its existing DSL and 3G internet facilities, to ensure the internet gets to every Filipino who needs it.

To apply to Globe WiMax, just fill out an application form and bring the following to any Globe Broadband selling booths or Globe Centers nationwide:
Monthly Fee (VAT-inclusive):
Here's the catch. If you're unhappy with the connection within the first 30 days from installation, Globe will give you your money back!

Stable? Users whose comments can be read on threads at various forums don't agree. They say that speed is network dependent.

On the official Globe WiMAX page, these are what they have posted:
I think there is something wrong.