By Unknown
December 23, 2010browserdownloadfirefox 4mozillatech news
Mozilla has released the latest beta version of Firefox, Firefox 4 Beta 8, which arrived with faster graphics and better syncing funtionality. Our level of excitement is up one notch for the release of the final version hopefully within the first quarter of 2011.

Why? Because there's a lot of goodies to expect. For one there's HTML5, two there's WebM, three a new design which supports native transparency (Aero) on the Firefox 4 browser in Windows and so on and so forth.

We had a post on the new features and the future of Firefox 4 several months ago, click here to read. 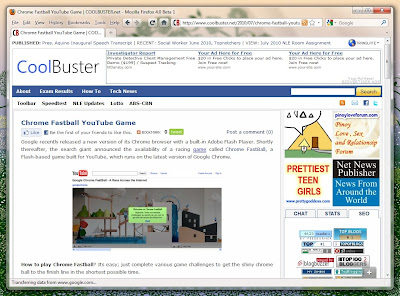