By Unknown
April 06, 2010Scandinaviatech newsWorld First Android TV
Sweden’s People of Lava beat everyone to the chase to launch the world’s ﬁrst fully interactive internet TV. Following the launch at IFA Berlin in September, the new People of Lava “Scandinavia” will hit the stores, complete with Full-HD LED display and a fully integrated Android platform.

But starting already early summer, selected early users will be able purchase
and evaluate the Scandinavia TV through a beta-test program. And discussions are already ongoing with potential future partners and developers for content and media.

The Scandinavia TV set is the embodiment of People of Lava’s vision to build a machine that goes beyond push-TV to become ”a window to the world”. Think of it as a device that provides all the functionality that you would expect from an Android
smart phone, combined with the quality and deﬁnition you demand of a high-end Full-HD LED TV set, says Christian Svantesson, co-founder and CEO of People of Lava.

The Scandinavia Android TV - which will ﬁrst be released in a 42” version, followed by 47” and 55” - is built without compromises. It features top-of-the-line components and is carefully put together by hand to ensure the kind of quality that customers expect from a People of Lava Full-HD LED TV set. Its Android platform and internet capabilities provide a wide range of functionalities, including:
The Scandinavia TV is unique in many ways. Not the least in the design and materials. People of Lava have worked with the German ofﬁce of the well-respected design-ﬁrm Designit to capture the sprit of the company in the design. The materials have never been used in televisions before - a nearly natural material, with a very deep gloss, and hard as stone, otherwise mainly found in exclusive kitchen and yachts.

According to current plans, this is even the ﬁrst TV to be built in Sweden for several decades - thus bringing a proud Swedish tradition back to life. For this reason, People of Lava has set up their own assembly-line at their ofﬁces in Stenungsund, outside of Gothenburg. 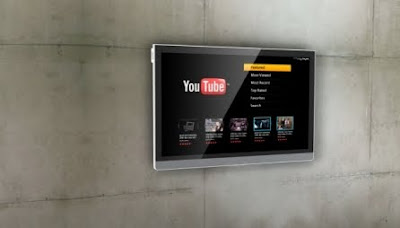 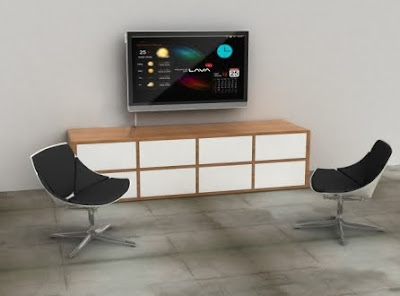