By Unknown
December 09, 2009friendsterinternetsocial networkingtech newsweb
In a newsletter delivered via email, the Friendster team introduced big changes at Friendster.com – a move that, I think, will enable them to contend with Facebook and Twitter. 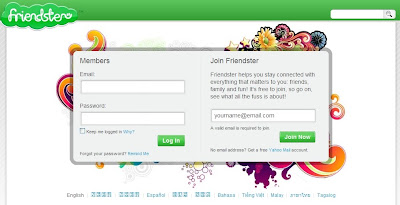 The revamped Friendster.com promises big changes over the next few weeks that include:
Over the coming months, according to the team, Friendster will be launching many new features like games, music and new ways to use Friendster mobile.

The new Friendster showcases a new logo, which was “crafted from a single line and ending in a Friendster smile” that represents “what the brand is all about – fun, creativity, friendship and a personalized experience”, the team explained.

Friendster, who has an Asian audience base, is one of the websites who pioneered social networking but was left behind (due to spamming and malware-related issues) by rivals MySpace, Facebook and Twitter who have large following in both Asia and the US among other regions.

I hope Friendster will be able to cope up with the stiff competition. I remember updating my Friendster status like four months ago. Now, out of curiosity, I maybe able to login to Friendster again.