By Unknown
December 25, 2009christmascontestlogo
We are pleased to announce the winner of the Christmas Logo Making Contest for 2009. Seventeen (17) entries were submitted, eight (8) made it to the voting phase and only one was chosen as the winner.
The panel of judges was composed of two (2) bloggers and two (2) well respected educators, all of which have the final decision that the winner is: 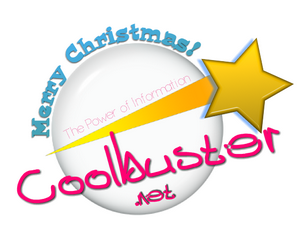 Please check your email for instructions on how to claim your prize.

The verdict was based on the following:
On the other hand, we would like to express our sincerest gratitude and appreciation to all participants. We hope to see your names in next year's contest.

This contest was brought to you in part by Blogfornoob.com - Random thought of a noob Blogger