Pacquiao is Champion of Champions 2009

By Unknown
January 01, 2010contestsinternetpollssportsweb
This is my first post for the year 2010 and I am happy to announce that Manny Pacquiao has been declared as the Champion of Champions 2009 by ESPN Star. 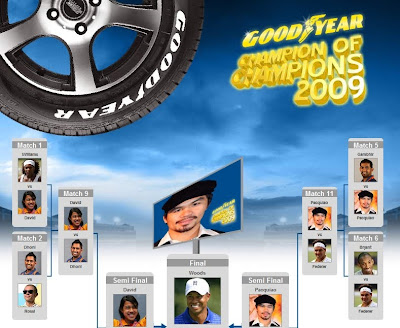 Seven titles in seven different weight categories. Has the boxing world ever seen a better fighter than the southpaw dynamo from Mindanao, Philippines? Manny Pacquiao further enhanced his name this year with a 12-round demolition of Miguel Cotto to claim the WBO Welterweight title and most boxing enthusiasts reckon Pac-Man needs only one last fight to seal his status as the best boxer of all time - a superstar bout of epic proportions against Floyd Mayweather Jr.