By Unknown
December 05, 2009audacityaudio editingaudio recordingfreewaresoftwaretech news
The Audacity Team announced the release of Audacity 1.3.10 (Beta) for Windows, Mac and Linux/Unix. The new release is strongly recommended for users on Vista and Windows 7.
Although its support for Windows 7 is still provisional, Audacity 1.3.10 (Beta) removes a significant number of crash or freeze problems and other major bugs thus bringing the team very close to its goal of an Audacity 2.0 Release. 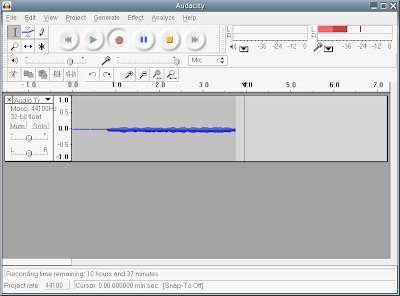 For more than 3 years now, Audacity has always been my favorite audio recording and editing software. It's user-friendly, light on memory usage, very efficient and more importantly, it's free.