By Unknown
November 02, 2009microsoftOpenXtech news
OpenX Technologies Inc. (OpenX) has entered into a partnership with Microsoft Corp. that will allow the companies to cross-market and promote products to their respective publisher bases.
OpenX named a preferred partner for Microsoft ad serving products.

REDMOND, Wash., and PASADENA, Calif. — Nov. 2, 2009 — OpenX Technologies Inc. (OpenX), the world’s leading independent ad server for Web publishers, today announced it has entered into a partnership with Microsoft Corp. (Nasdaq: MSFT) that will allow the companies to cross-market and promote products to their respective publisher bases. Under terms of the multiyear agreement, OpenX becomes a preferred partner to publishers for enterprise ad serving solutions. In addition, OpenX will promote Microsoft’s Content Ads monetization products — as well as other products that may be developed in the future — to its existing base of Web publisher customers.

OpenX and Microsoft will each enjoy significant benefits from the partnership. Most notably, Microsoft will have a major distribution channel for its monetization products through OpenX’s community of more than 150,000 Web sites that serve more than 300 billion ads per month. OpenX will, in turn, gain access to a new base of potential customers — via referrals from Microsoft — for its enterprise advertising technology and services.

The Content Ads component of the agreement follows a successful trial Microsoft and OpenX began in August 2008, during which OpenX provided invitations to its publishers to test the product. Content Ads matches ads to relevant editorial content, allowing advertisers to increase campaign effectiveness, which can allow publishers to achieve a higher yield on certain types of inventory. As part of the agreement, OpenX will promote Content Ads in two ways. First, OpenX will integrate Content Ads so that it can be used by publishers who sign up for OpenX Market to better monetize their pages. The company will also build a plug-in to OpenX Ad Server so existing publisher customers can more easily sign up for Content Ads and implement it on their Web site(s). OpenX is the first reseller approved by Microsoft to build a plug-in for Content Ads.

“We’re pleased to build on the foundation we laid last year, and we’re especially pleased that Microsoft has selected OpenX as a technology partner,” said Tim Cadogan, chief executive officer, OpenX. “We think our product suite is particularly well-suited to helping grow the businesses of those new publishers Microsoft will refer to us. Similarly, we think that Content Ads will provide an additional and important monetization option for existing OpenX publishers, while helping them increase their advertising revenue.”

“Microsoft believes that rapid innovation and openness is foundational to great advertising technology,” said Scott Howe, corporate vice president of Microsoft’s Advertiser & Publisher Solutions, the company’s ad technology and monetization platform. “We are pleased to partner with a company that supports this vision. OpenX is a leading technology provider of valuable options and solutions to the publisher community and, by extension, the digital advertising ecosystem as a whole.” 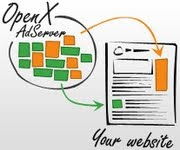