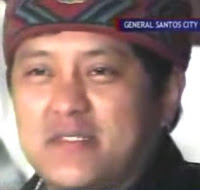 The incumbent mayor of Datu Unsay, Maguindanao and son of Maguindanao Governor Andal Ampatuan Sr., turned-over his self past mid morning of November 26, 2009 to Jesus Dureza, presidential adviser on Mindanao, in the provincial capitol of Maguindanao.

Philippine National Police (PNP) Chief Jesus Verzosa, who earlier told the media that Ampatuan Jr. is a suspect, confirmed that the mayor will submit to an investigation.

As of the time of this writing, 57 dead people who were brutally killed were already recovered from the crime scene.