By Unknown
October 08, 2009sportsuaap
The Ateneo Blue Eagles bagged their second straight championship win in the UAAP men's basketball. The blue eagles defeated the University of the East Warriors thursday at the Araneta Coliseum. 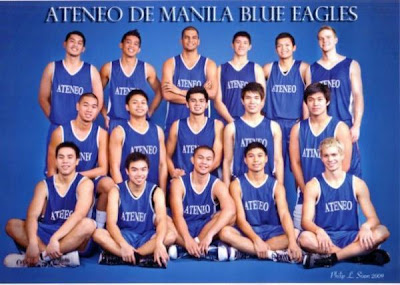 The Blue Eagles had an early lead and ended the game with 13 points ahead the Warriors, 71-58. King eagle Rabeh Al-Hussaini was named Finals MVP.