By Unknown
September 29, 2009firefox 3.7tech news
Not long ago, Mozilla released Firefox 3.6 (Codename: Namoroka). But while Firefox 3.5's successor is being tested by developers, another future version, Firefox 3.7 was made available at download sites.

On July 17, 2009, Mozilla posted mockup designs for the Windows version of Firefox 3.7. Updates include use of Aero glass effects on Windows Vista and 7. Firefox 3.7 may be released in May-June 2010, and use the Gecko 1.9.3 engine. Mozilla made the nightly builds available to download on the Mozilla FTP Server. Source: WikiPedia 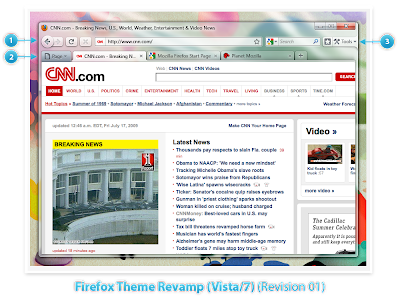 Firefox 3.7 will surely be faster with speed improvements to the TraceMonkey JavaScript engine and startup and responsiveness improvements all throughout.

If you want to try Firefox 3.7 for testing purposes, although the nightly build means it's not a full-fledged release, click this link.