By Unknown
August 09, 2009gadgetstech news
Sharp introduced the world's first HDTV with integrated Blu-ray player in 2008 with its DX models. Now, the company is set to release the AQUOS DX2 product line of HDTVs with built-in Blu-ray recorder in mid-September. 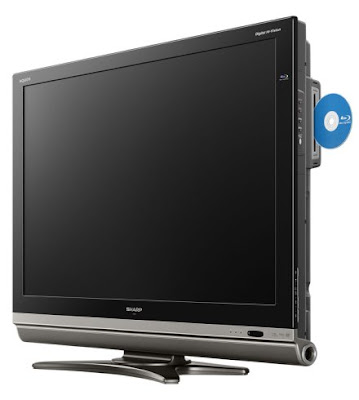 The DX2 specifications include a variety of displays ranging from 26 inches all the way to 52 inches, backlight control technology, 15,000:1 contrast ratio, and the ability to store up to 30 hours of high definition video on a dual-layer Blu-ray disc, where it will transcode and compress to MPEG-4 format without the need for external boxes or wires.

In addition, all models, depending on the program and where to watch, have a feature that automatically adjusts picture and sound quality. The built-in sensor, which detects the lighting and brightness of color, type and time of the show being watched, will analyze the video in real-time scenes so the best quality of adjustment is met.

Via Coolest Gadgets and Engadget