By Unknown
August 09, 2009gadgetstechnology
WebDesigner Depot shows 100 amazing futuristic design concepts we wish were real. The concept designs "may not be on the market yet, but they can still inspire you to create something just as futuristic and exciting."
If I have millions of dollars and these things are already in stores, I will be buying these top picks right away!

This is an elegant concept created by designer D.K. Wei. The Cloud sofa is supposed to give one the illusion of floating on their own personal cloud. A magnet in the base is supposed to generate enough magnetic force to hold the sofa aloft. The cloud is constructed from a plexiglass mold. 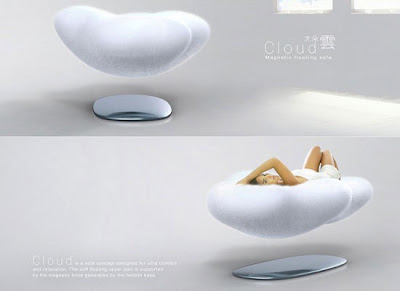 This concept design was inspired by the curves and tapering of the Macbook Air coupled with the look of an iPod Touch. Rodolphe Desmare is responsible for this iPhone concept, which is more notable for its imagined features than its looks. The front camera would allow video conferencing on the iPhone, something that the blogosphere is already very excited about as a potential feature for the new release of the iPhone. 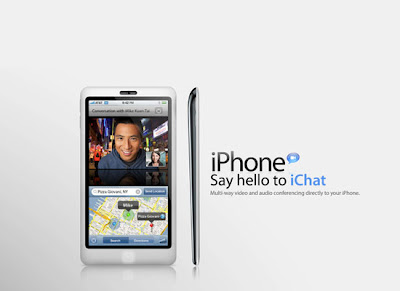 Nereus is a conceptual design by Mathias Koehler for a watercraft that would allow you to travel on water and dive or submerge for short periods. Wind energy would be used to propel the vehicle which could take the user from a swimming to a diving position through the use of intuitive controls and movements of the upper body. Steering would be through the footrests which are connected to the back rudder. 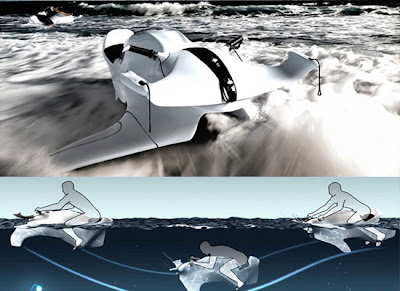 This watch was created by Hironao Tsuboi and developed by the studio found here. The watch looks like it’s all wristband until the digital display lights up. 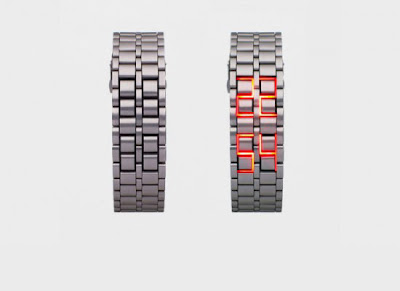 This design created by Victor Soto is meant to control the Playback functionality of your iPod/iPhone device wirelessly through the use of a ring that you wear on your finger. The touch-sensitive function strip and the battery life of 12 hours make the iRing an object of intense desire. 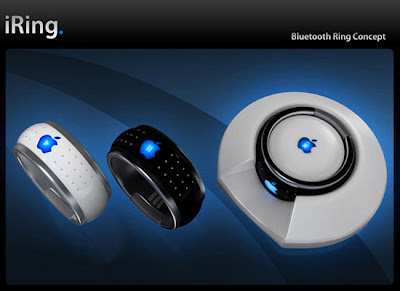 The USBee was designed to prevent the damage to USB drives seen so often with conventional USB use. The elastic neck will bend when pushed in any axis. This also means that it can fit into tight spaces where other USB drives dare not go. The lines at the end keep USBee cool and ergonomically pleasing. Designed by Serbian designer Damjan Stankovic. 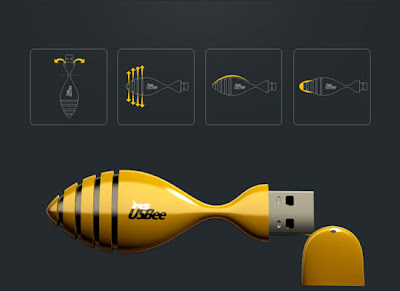 This impressive concept design by Kazim Doku is a flying sportscar. Meant to combine the raciness of motorcycles with the sleekness of aircraft, the Audi shark is the answer to our collective sci-fi dreams. This award-winning concept design is a two-seater that offers its passengers “strong sensations and high levels of safety”. 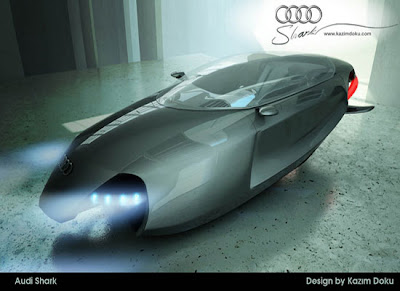 Scarab was designed by David Gonçalves. This concept vehicle features styling straight out of “Tron”. The four wheeled, single passenger vehicle has all of the thrill of a motorcycle with the safety of an enclosed cab. Included in the feature set is the ability to run either on batteries or on a biofuel internal combustion engine. 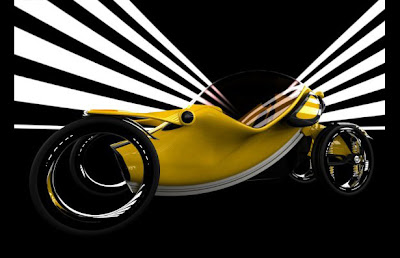 The Nike Hindsight gives bicyclists a pair of bifocals for their peripheral vision. By using Fresnel lenses on the sides, riders can detect motion in a field of vision beyond the normal human limit of 180º. The obvious benefit is in the early warning of approaching vehicles, but a less obvious advantage is reducing the necessary head rotation to check behind. By Billy May. 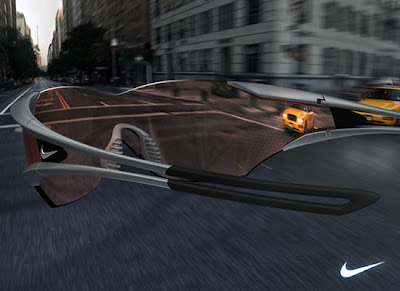 This concept by Mac Funamizu of Japan would act as a scanner, a digital camera, and an internet-connected wireless device all in one package. 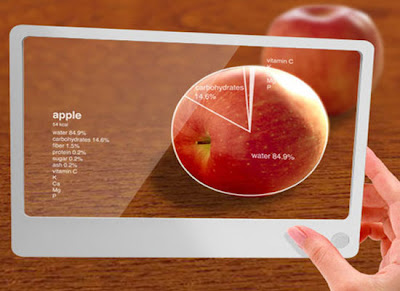 Nokia Morph is a Tablet PC, a wristband and a smart phone. The device was concept designed by Nokia Research Center (NRC) in collaboration with the Cambridge Nanoscience Centre (United Kingdom) and aims to incorporate nanoscale technologies that will potentially create a world of radically different devices that open up an entirely new spectrum of possibilities. 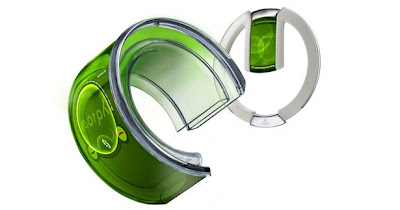 This innovative “Transparent Toaster” concept uses special heating glass to warm a single slice of bread. Unfortunately, the glass does not reach a high enough temperature — at this time — to actually toast the bread. 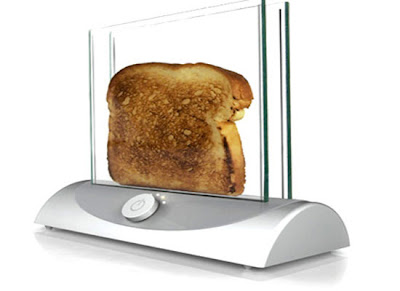 See-through Apple iPhone concept designed by Robert Davis. While there are a lot of iPhone concepts out there, this one is probably one of the coolest. 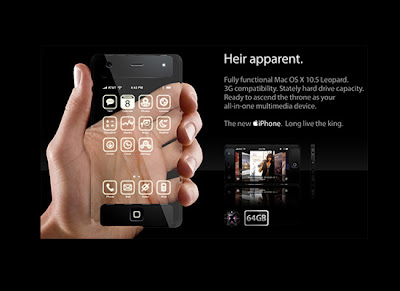 Have A Different Car Everyday

The MOY Concept car was made for a generation used to using media to express themselves. The idea is everyone can design their own car on their own computer and then apply the design to their vehicle wirelessly or share it with others thru a website or even email. For those lacking creative skill, there’s a slew of templates to choose from. The car is always connected so imagine dynamically changing your vehicle’s skin in motion. Designed by Elvis Tomljenovic. 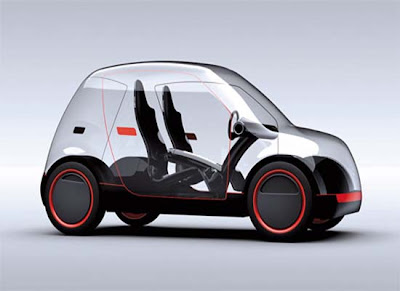 The Vaio Zoom notebook computer uses holographic technology to create a PC that may be more minimalist than a MacBook Air. When off, the screen is completely transparent and the keyboard goes opaque. Turn it on and the touchscreen holographic festivities begin. Even the mouse buttons are holographic. 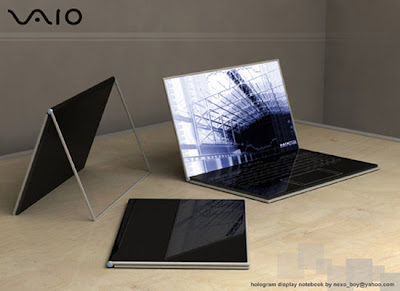 Can't get enough of these design concepts? See more at WebDesign Depot.