The telcos on the other hand pointed to third-party content service providers (CSP) as the ones responsible for these so-called spam texts. The CSPs were consulted prior to the issuance of AO 266 and other pertinent directives.

This blogger hopes the CSPs comply to policies and measures being implemented by the NTC in this regard. 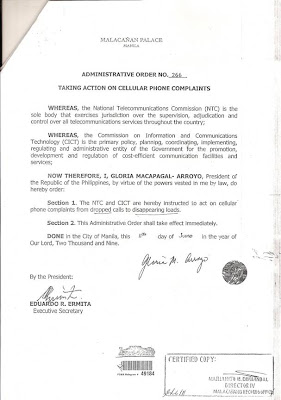