How to Pass the Bar Exam

By Unknown
June 28, 2009bar exam resultsexam pointerssupreme courttips
Here are pointers for the 2009 Bar Exam to ensure that you will pass. 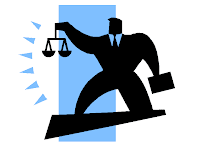 1. Labor Laws (Labor Standards Law and Labor Relation Law)
(a) Labor Code of the Philippines (PD No. 442, as amended) Books I, II, III, V, VI and VII
EXCLUDE: Book IV
(b) Thirteenth (13th) Month Pay Law (PD No. 851, as amended)
(c) The Omnibus Rules Implementing the Labor Code of the Philippines (Limited to cases decided by the Supreme Court)
(d) Guidelines for the Exercise of the Right to Organize of Government Employees, etc. (Executive Order No. 180; June 1, 1987)