Labor Day in the Philippines

By Unknown
May 01, 2009holidayslabor day
It’s May 1 in the Philippines - a red letter day. The nation is celebrating Labor Day today in honor of workers and the entire labor sector. 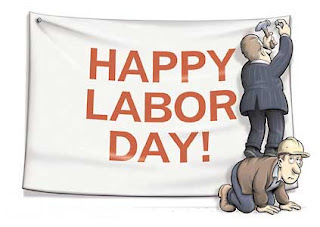 Why do we celebrate Labor Day?

For most people, the Labor Day is simply a day-off from work and a great excuse to have a vacation. However, many of us are not aware of the origins of this holiday and what it truly represents.

Labor Day in the Philippines was first celebrated in 1903, when the Philippines was still under U.S. rule. That year, more than a hundred thousand workers organized by the Union Obrero Democratica de Filipinas (UODF) marched to Malacañang on the first of May to demand better working conditions.

The American colonial government was alarmed. The Philippine Constabulary, composed of Americans and Filipinos, raided the printing press of UODF and arrested its president, Dominador Gomez, for illegal assembly and sedition.

Ten years later, on May 1, 1913, Congreso Obrero de Filipinas was organized. Led by Herminigildo Cruz, it fought for an eight-hour working day, abolition of child labor, just labor standards for women, and liability of capitalists.

Since then, Labor Day in the Philippines has been commemorated not only with parades and celebrations, but also with rallies and demonstrations of the labor sector.

Since it’s a holiday, we’re planning to have a backyard barbeque and a social drinking session later in the afternoon. What’s your plan?