By Unknown
March 11, 2009microsoftonline game
Microsoft Corp.’s MSN Games, one of the leading online casual games portals, announced recently the launch of two game applications on social networking sites Facebook and MySpace.
MSN Games delivered classic puzzle game “Hexic” to both communities for the first time along with “Chess,” a fresh take on another classic. Both games were developed by Microsoft’s Carbonated Games studio, and the applications were developed by Plexipixel. 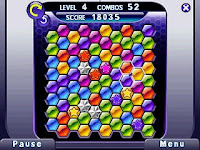 “We’re excited to bring two of our most popular games to the Facebook and MySpace communities,” said Megan Hodel, marketing manager for MSN Games at Microsoft. “These networks reach more than 200 million people around the world, and the MSN Games applications will make it easier and more fun for Facebook and MySpace users to play some of their favorite casual games.”

Both of the MSN Games applications reward users via collectible merit badges for playing and achieving skills, and feature leaderboards, news feeds from MSN Games, and the ability to share the applications with friends. The applications feature full Facebook integration, including notifications when badges have been awarded and games completed. MSN Games has also launched a dedicated page on Facebook, where casual game fans can download the game applications to their personal page, view videos, and post pictures and messages.

“Chess” features asynchronous multiplayer functionality, so that users can play their turn whenever they have time to log on and make their move. The application also allows users to track their long-term progress against friends using the ELO rating system.

More information is available at http://msngames.com/apps.