How to install Firefox beta version separately from the stable version

By Unknown
March 08, 2009faster firefoxfirefox
Alright, you already have installed the stable Firefox version but you wanted to test a beta version. You wanted to install them both in one system but you don't know how. You've come to the right place because we made a guide that's simple and proven.
How to install Firefox beta version separately from the stable version:

3. Select a 'Destination Folder' other than the default one or create a new folder in a partition separate from the system partition. For example: Drive D:, folder is 'Firefox Beta'.

3. Click Ok and all 'Next' to continue and then 'Finish" to end the installation.

Now, you have two Firefox versions in your computer. What' new in the latest beta version? Just in case you're interested, here they are:

Firefox 3.1 Beta 2 is based on the Gecko 1.9.1 rendering platform, which has been under development for the past 7 months. Gecko 1.9.1 is an incremental release on the previous version with significant changes to improve web compatibility, performance, and ease of use:
Screenshots: 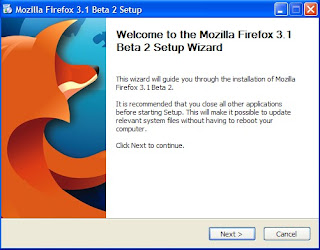 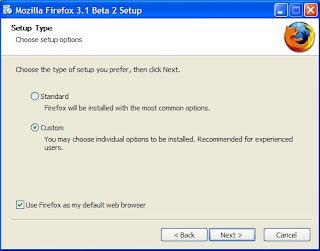 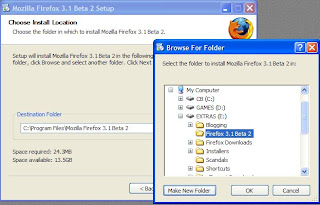 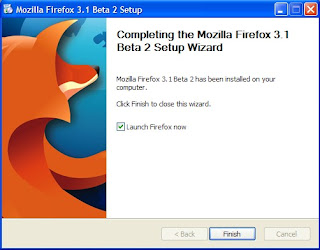 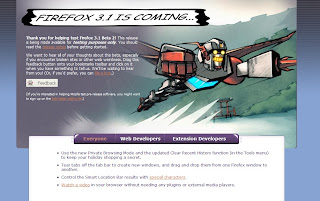 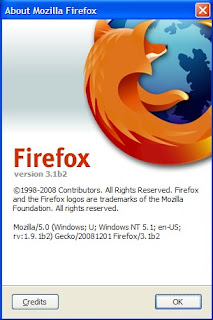 Our impresson on the latest Firefox beta? It's really fast. What's your impression?