By Unknown
February 25, 2009campaign for a cause
I would like to share to you a story emailed to me by TDawnaz of www.testmy.net just recently. This is about the very real human consequences that can result from driving while 'InTEXTicated'. We encourage the parents to guide their children while viewing this post as it shows some disturbing images.
An 18-year-old girl plowed directly into the rear of another vehicle. She was going 70 mph. She apparently never even saw them. You see, she had been texting at the time.

You can see that she hit them dead-center with no attempt to slow or evade the collision. 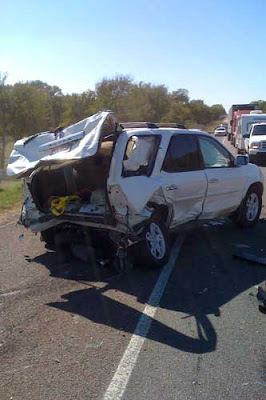 She hit dead-center on her 2008 Yukon SUV as well. She escaped unscathed. 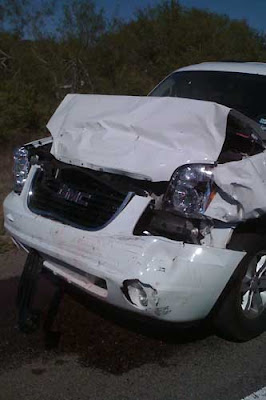 There was no blowout, no wet road, no curve or hill or fog to limited visibility. This girl clearly should have been able to see the traffic conditions at least a half mile ahead had she been looking and not texting. She nearly killed a beautiful 3-year-old child?

Here's a personal look at the real human cost of texting while driving:

Griffin before the accident. 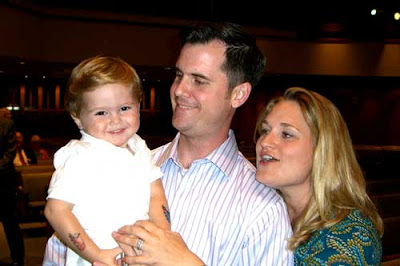 Griffen the day after 4 hours of surgery to repair multiple skull fractures. He would surely have died or been severely disabled had they not been minutes away (by StarFlight helicopter) from Austin's world-class children's Dell Children's Medical Center and neurosurgeon Dr. Timothy George. 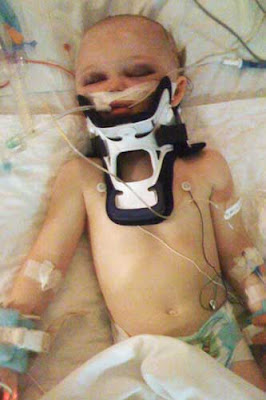 Day 4 - watching a movie on his Dad's iPhone. The swelling of his head will go away, but that scar from ear-to-ear will be with him forever. 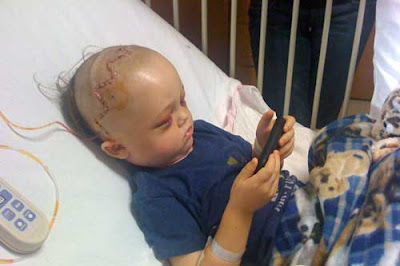 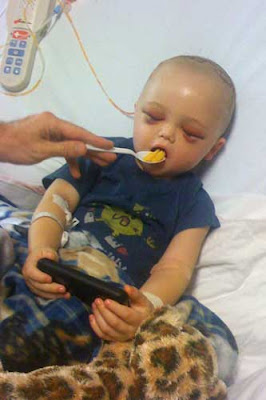 Day 5 - feeling much better. His granddad bought him his very own iPod and loaded it with movies. Life is good. 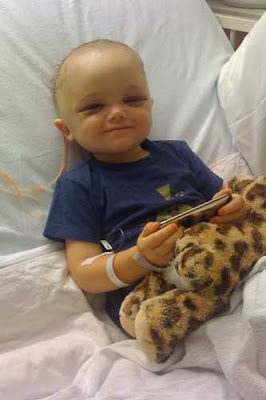 One morning. All his tubes are finally out. He's going home!

Note how much the swelling has improved in just three days. 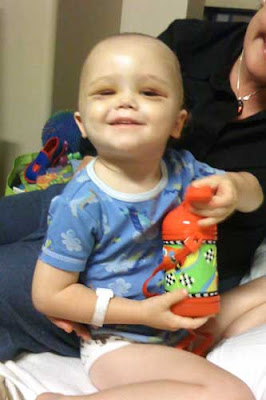 It's almost unbelievable that it's been only five days since the accident that nearly claimed his life.

All the medical experts involved expect him to make a full recovery. Pretty soon he'll be all healed up and back to normal - thank the Lord!

In only six weeks he'll be allowed to be just as active as any other 3-year-old. 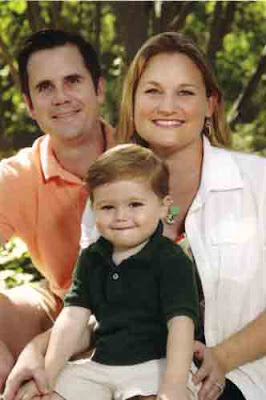 Phone company records of text messages are irrefutable and accurate to the second; so it would be an easy matter to prove in court that a person was texting at the time of an accident. As with drunken driving, a jail sentence (no matter the driver's age) will be mandatory whenever anyone is injured by an InTEXTicated driver.

TDawnaz encouraged me to forward the email. I thought of blogging about it instead for wider coverage. I wholeheartedly support this campaign.

We must stop 'InTEXTication' before more innocent people are maimed or killed.