SUPER is free, lightweight, and totally easy to learn (although not easy to use at first) -- and can convert anything from wav files to DVDs. Plus, from within its control interface, SUPER can either play or re-encode a chosen file based on the user's commands. What's more, even though SUPER is freeware, it has no limitations whatsoever and does not need a paid upgrade to work fully. 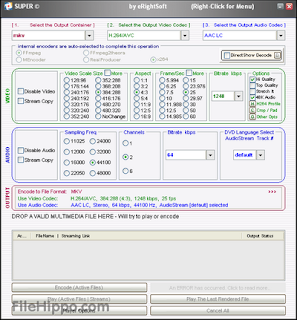 And as the publisher says;

If you need a simple, yet very efficient tool to convert (encode) or play any Multimedia file, without reading manuals or spending long hours training, then SUPER © is all you need. 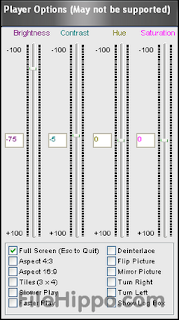 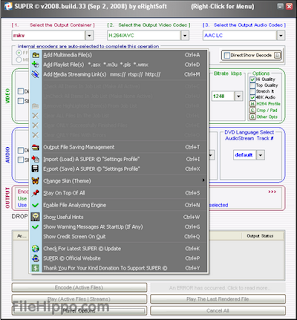