How to Know if Computer Needs More RAM 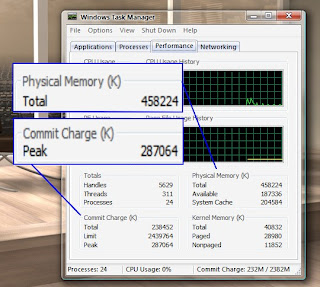 Read the 'Total', which is your installed memory.

> If the Peak is lower than the 'Physical Memory (K)” total, then you don’t need additional memory.

> If the total 'Commit Charge (K)' is higher than the 'Physical Memory (K) total, then additional memory would give your computer a significant performance boost.